A Manchester-based start-up company has smashed its Kickstarter target of £10,000 in less than four days with hundreds of backers pledging support for its innovative range of sleep products.

Levitex launched a Kickstarter campaign on October 2 to win backing from the public and has already achieved international support, with more than 440 worldwide backers contributing to a fundraising total that now stands at just over £32,000.

The campaign finishes shortly, but players such as Tom Curry and Steve Diamond from Sale Sharks Rugby Club and first-team stars from Preston North End FC are among the big names from the world of sport now using Levitex mattresses and pillows.

The company, based at Manchester Science Park, has created a unique range of sleep products with an innovation in foam technology that tackles posture, pressure and proprioception to provide the optimum conditions for rest and recuperation. 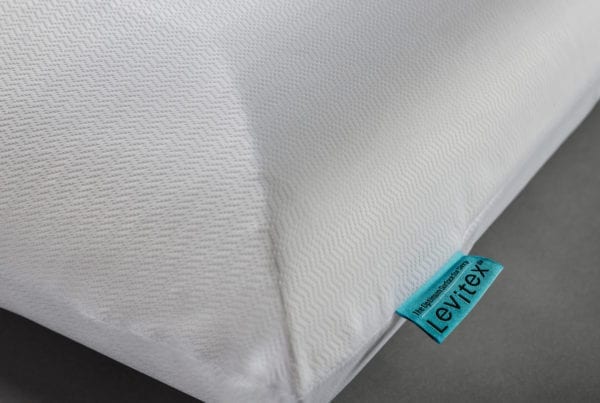 Levitex is on a mission to educate the world about sleep posture and give people the tools to improve theirs.

This website uses cookies to improve your experience while you navigate through the website. Out of these cookies, the cookies that are categorized as necessary are stored on your browser as they are essential for the working of basic functionalities of the website. We also use third-party cookies that help us analyze and understand how you use this website. These cookies will be stored in your browser only with your consent. You also have the option to opt-out of these cookies. But opting out of some of these cookies may have an effect on your browsing experience.
Necessary Always Enabled
Necessary cookies are absolutely essential for the website to function properly. This category only includes cookies that ensures basic functionalities and security features of the website. These cookies do not store any personal information.
Non-necessary
Any cookies that may not be particularly necessary for the website to function and is used specifically to collect user personal data via analytics, ads, other embedded contents are termed as non-necessary cookies. It is mandatory to procure user consent prior to running these cookies on your website.
SAVE & ACCEPT